Looking for something? Start typing below and hit enter...

The current vision for Moody Centre has been the product of over a decade of community consultation.

During the development of the OCP 2017 many members of the community participated in the City’s consultation process to share their thoughts and priorities for the future of Moody Centre. Below provides a snapshot of this input and how it has informed our own master plan priorities.

The Moody Centre TOD Master Planning Area is bounded by Buller Street to the east, St. John’s Street to the south, Moody Street to the west, and the Canadian Pacifc Railway line to the north. The area is within close proximity to Rocky Point Park, Brewer’s Row and both Moody Middle School & Moody Elementary. 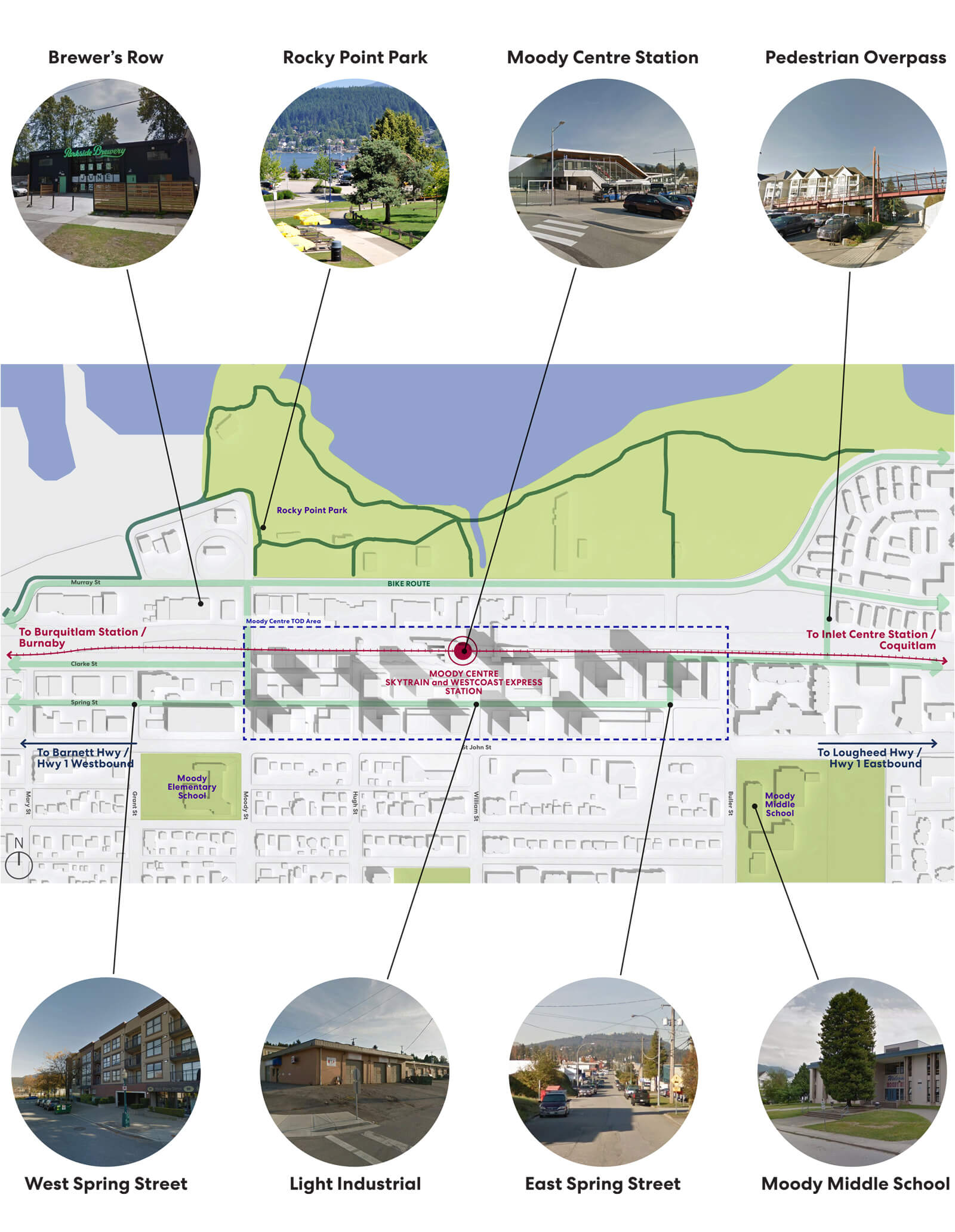 The area is industrial and commercial in nature and is a close walk to the City’s primary park and waterfront asset: Rocky Point. In 2017, the City of Port Moody adopted a neighbourhood area plan for Moody Centre, please click here to see what the City envisioned for the area.

The OCP specifically discusses the Moody Centre Station TOD Area and sets out a vision for the area. The Vision for Moody Centre was created through the City’s community engagement process when the OCP was being developed in 2017. The key visioning elements include:

To help guide development in the Moody Centre TOD Area, the OCP sets out further policy directions as described in the figure below. 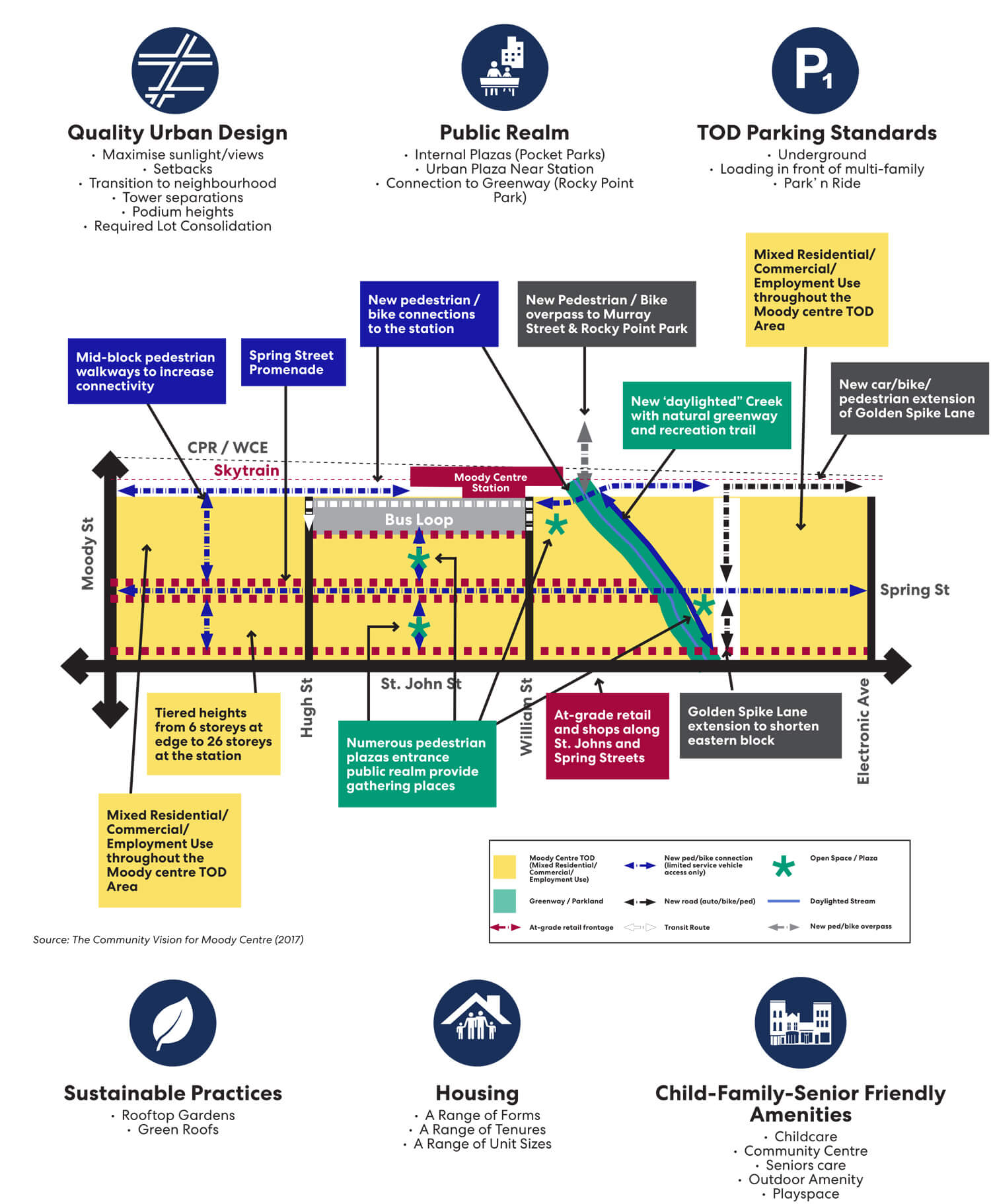 The current vision for Moody Centre has been the product of over a decade of consultation.

The strategic plan for Port Moody is set out in the Official Community Plan (2017), also referred to as the “OCP”. The OCP provides direction on how Port Moody should grow in the coming years. It establishes a guide for how the City considers and approves future development. The OCP establishes policies, guidelines and designates lands for specific uses that are supported by Council and the community.  The visioning principals and policy directions outlined in the OCP were created as a result of the City’s OCP Pubic Engagement Process that started in 2006.

Below provides a list all the community engagement activities undertaken by the City of Port Moody as outlined in their 2011 and 2014 (updated in 2017) OCPs, as well as most up to date information found on their website. For detailed information on each activity, please hover over the respective dates.

A public meeting was held on September 19, 2006 to launch the Port Moody OCP process. It was designed as an open ended “blank slate” session to garner comments from residents on topic areas and a preferred consultation process. The results of this session and the feedback gathered were used to design the public consultation process. Chapter 1 - Purpose and Scope of the Plan Official Community Plan Bylaw No. 2849 7 draft policies presented were the result of input received from previous community workshops, surveys, civic committee consultation and the Moody Centre Design Charrette. The focus of the March 12th workshop was specifically to review the proposed draft OCP environment and energy policies.

The City held the first round of five community workshops between February and March 2007. An open house preceded each workshop at which time background information was available. A series of discussion papers were prepared on the natural environment, transportation, parks and public open space, growth and economic development, arts and heritage and housing. The main focus of these workshops was to gather the community’s ideas and opinions on a number of different topic areas. The same questions asked during the workshop sessions were also included in an OCP survey that was available at a number of different City facilities and on the City website.

Civic Committee Feedback – March to May 2007

From March to June 2007, students from Port Moody schools were asked to share their thoughts on what they value about their community and what they would like to see in Port Moody in the future. These ideas and visions were translated in a fun and visual way through different art projects including a quilt, photo montage, clay sculptures, drawings and paintings

On June 16, 2007 members of the community, local businesses, property owners, developers and City staff spent the day together brainstorming ideas about the future of the Moody Centre community at the Moody Centre Design Charrette. The workshop included a morning presentation and idea generating session covering land economics, environmental protection, heritage conservation, and urban design principles. Later, the 37 participants were divided into 4 groups, each focussing on a different portion of the Moody Centre neighbourhood. Facilitators in each group guided participants through a number of questions intended to identify the character of each study area and envision its future over the next 10 to 20 years. Participants were encouraged to develop scenarios including different land uses, varying densities, the role of St. Johns Street, transportation and pedestrian linkages, community amenities and opportunities for environmental protection and enhancement. Local artists translated these ideas into a series of drawings illustrating the group’s vision.

The City held a series of three community working group sessions on March 5, 6, and 12, 2008 to gather community feedback on the first draft of new and revised OCP policies, gauge public support and use this information to further refine policy directions for this OCP update. The new and revised.

Five additional neighbourhood workshops were held in January and February 2009 to review draft proposed land use changes and gather community input for the draft OCP document. Workshop participants were invited to form focus groups to discuss each of the proposed land use changes and provide additional feedback on other topics of interest. Written feedback was also gathered from surveys available at the workshop, at City Hall and on-line on the City website. All of this community input was used to further refine the OCP draft policies and changes in land use.

On May 10, 2012 a Public Input Session was held to launch the OCP update process and gather feedback on the community’s vision for development in Port Moody, particularly around the two proposed rapid transit stations. Transit-oriented development principles were presented and community members were asked to provide input on these with respect to future development around stations on feedback forms available at the session and on-line as well as directly to staff via the OCP email address.

On June 16, 2012 members of the community, local businesses, property owners, developers and City staff spent the day together brainstorming ideas about what future development around the proposed Evergreen Line stations could look like. In total, 44 participants representing land owners, developers, community groups and residents took part, each group assisted by a staff facilitator and design professional. Groups were asked to develop a vision for the areas within a 400 and 800 metre radius of the two proposed Evergreen Line stations and the future potential station near the western end of Moody Centre. Ideas and concepts for redevelopment were described in terms of overall building heights, densities, different land uses, patterns of movement and sense of place/character themes. In general, the results indicated an acceptance for change in the study areas in the form of increased density, particularly closest to proposed stations. Results stressed that stronger connections to the waterfront are critical and an enhanced pedestrian experience is considered necessary in order to create an inviting and distinct neighbourhood unique to this part of Port Moody.

Public Input Sessions – April to May 2013

Following revisions to the DRAFT OCP in March 2013, five public input sessions were held to gather community feedback on the visions proposed for each of the Evergreen Line sub-areas. Participants and the wider community were encouraged to submit their feedback on these visions through paper feedback forms provided at the sessions or available at City Hall and the City’s website. The feedback results were used to inform potential revisions to the OCP for Council’s consideration.

Two OCP Town Hall Meetings were held on June 8 and 18, as well as on November 27, 2013. These meetings provided an opportunity for the community to provide direct feedback to Council on the changes proposed in the DRAFT OCP. These events also provided a venue for community members to hear the opinions and concerns of other residents, businesses and land owners. Together with all of the feedback received during this OCP update process, the results of these meetings helped to refine proposed policies and land uses under consideration.

For more information on the 2017 Update, please see City of Port Moody website: 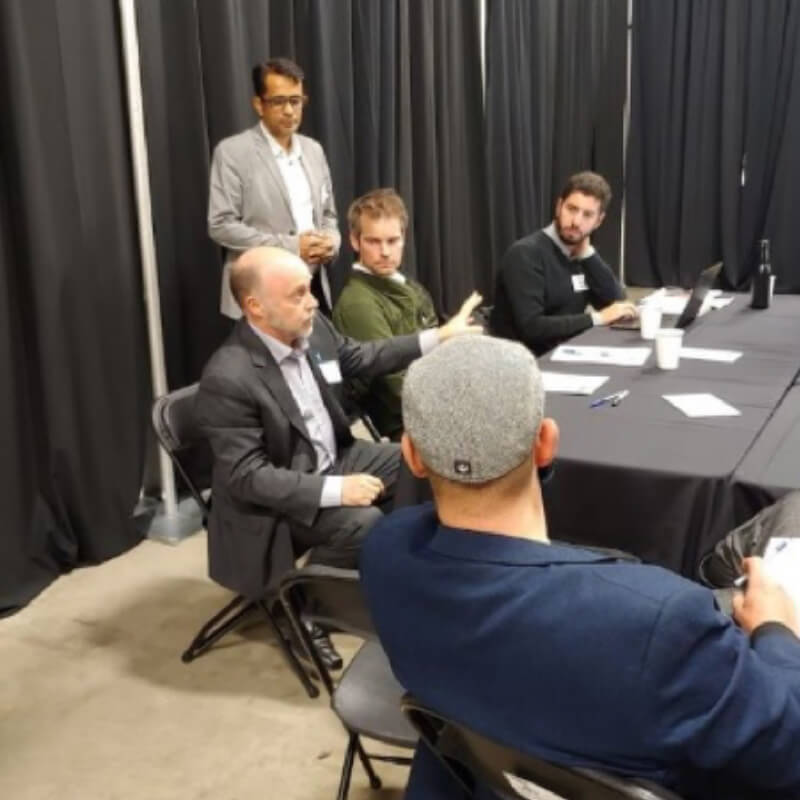 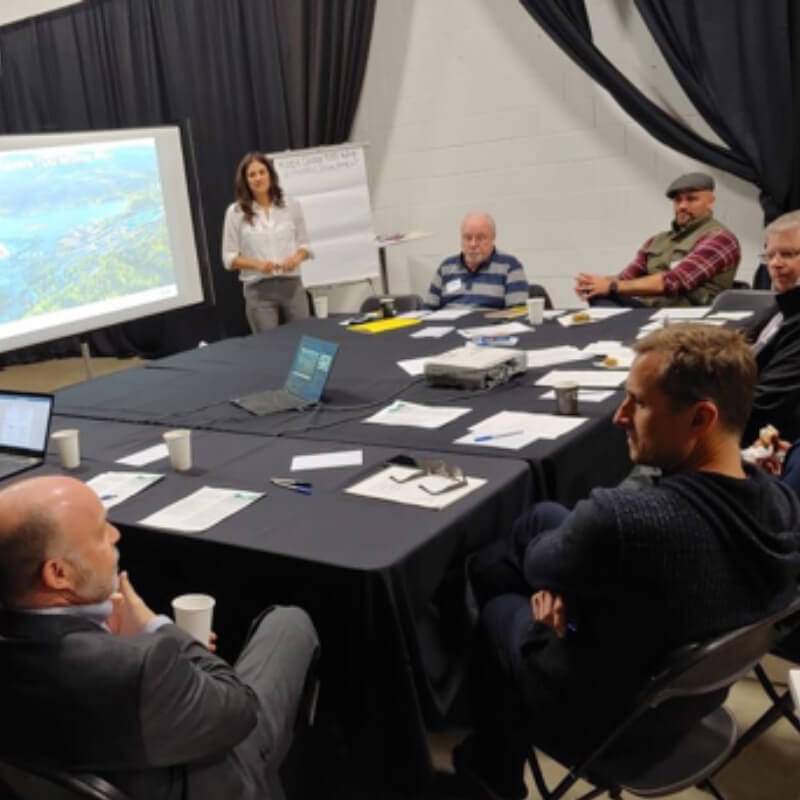 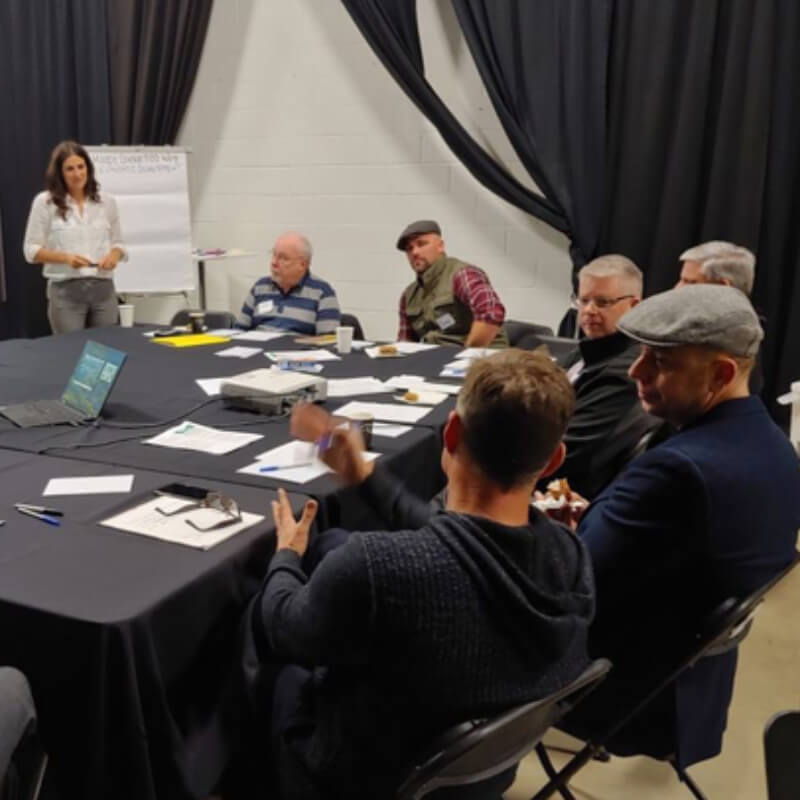 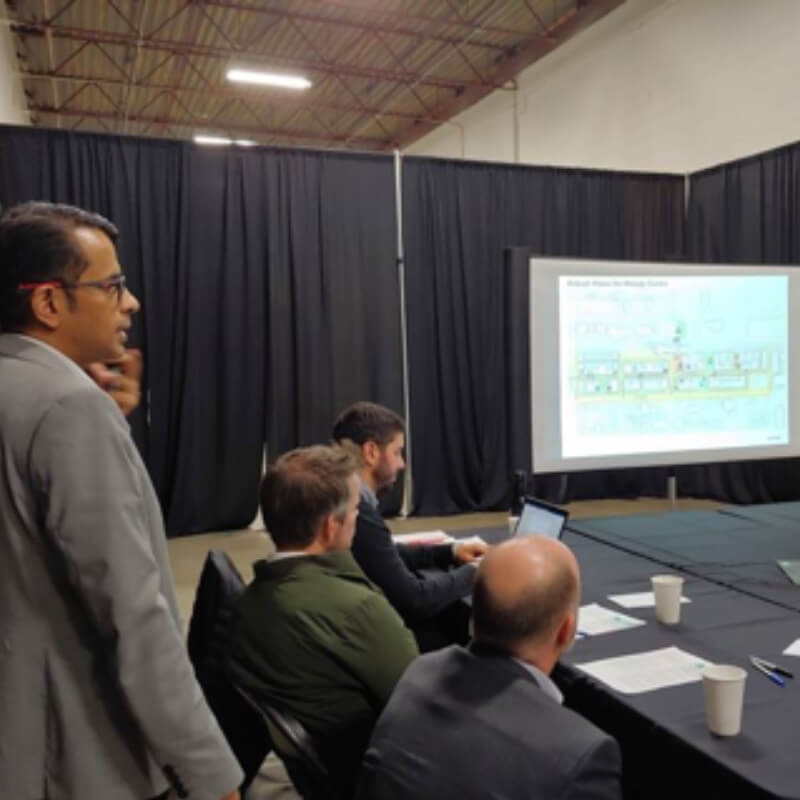